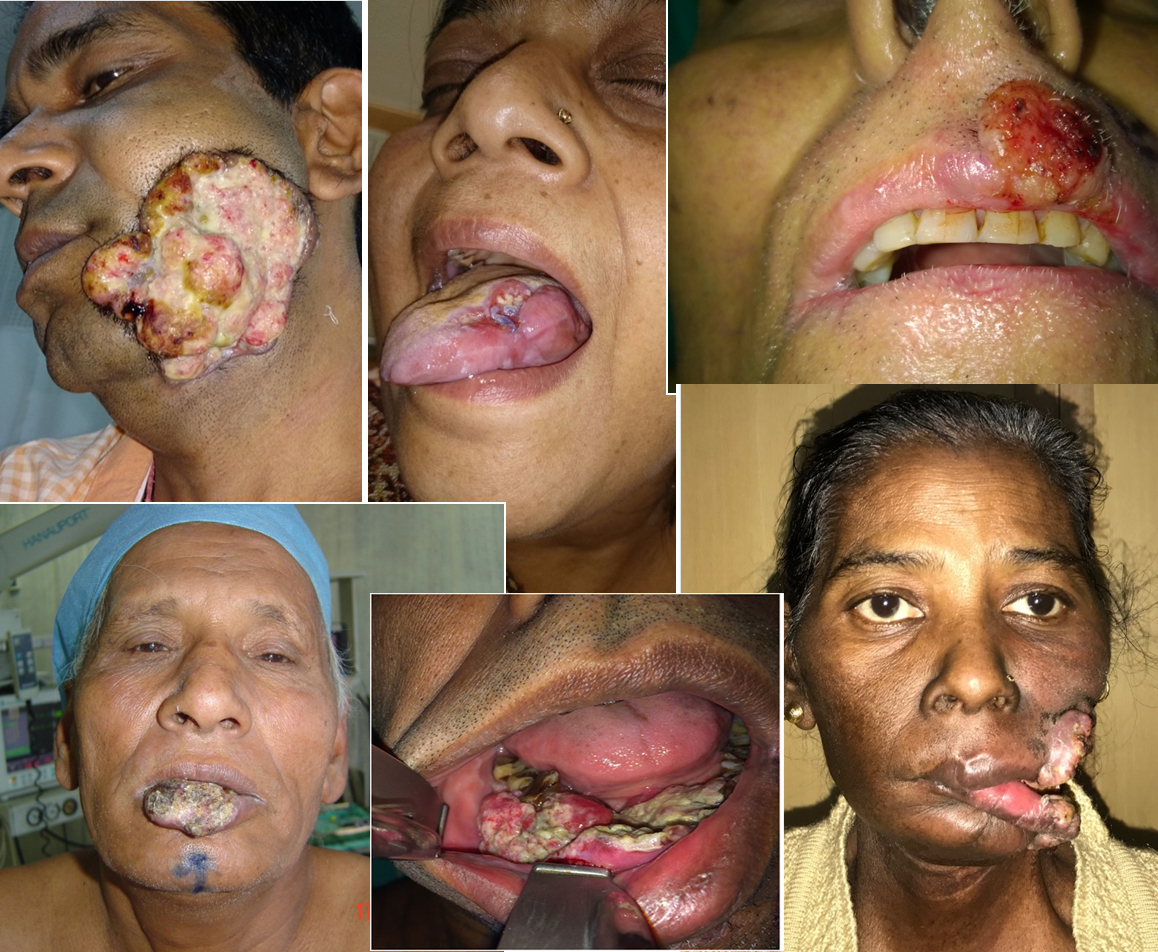 6th Most Common Cancer in World

Head and Neck Cancer is the sixth most common cancer in the world, but is the most common in malignancy in the developing world. According to the current statistics, 57.5% of the global head and neck cancer occur in Asia, out of which 30% is seen in our country. According to the ICMR data 4 lakh new head and neck cases are diagnosed every year. But the actual burden of head and neck cancer is much more than what is reflected through our literature. Under reporting of the cases is primarily attributed to inadequate number of cancer registries in our country.

Being a complex anatomical area, lodging special functional organs (organs for taste, smell), and dynamic structures (lip, tongue, muscles of facial expression), the management of this area has been a challenge. Better understanding of the molecular biology of head and neck cancer, improvement in the surgical/ radiation and chemotherapeutic drugs and with the introduction of microvascular and minimally invasive surgery, the outlook towards the management of this disease has seen a sea change.  Despite major advancements over the past couple of decades, patients with this disease have the fear of facial disfigurement and loss of function viz., speech and swallowing. As a result, they have an overpowering feeling of being socially unacceptable. Patients also seem to have various myths pertaining to the poor treatment outcome of this disease, thereby deferring treatment and eventually present in an advanced stage. It is said that only 12.5% of our patients present in an early stage of the disease.

Primarily, being a lifestyle- oriented disease, Head and Neck cancers are highly preventable. Approximately, 80% of this disease is attributed to consumption of tobacco.  The IARC (International Agency for Research on Cancer), designated tobacco as potential carcinogen in the year 1986, but the link between the two has been found since 1915. The smoked form of tobacco is known to contain around 60 potential carcinogens, while the smokeless form has approximately 28 carcinogens. It is seen that the risk of developing cancer increases if the initiation to the act is at a younger age, with   the number of years and the number of cigarettes smoked. A heavy smoker (>20cigarettes /day) will have 5-25times higher risk than the non-smokers. While heavy smoking with heavy alcohol increases the risk by 38 times. The major carcinogen in tobacco is tar which has a cocktail of cancer initiators, cancer promoters and co-carcinogens. The others are the tobacco specific N- nitrosamines(TSNA), catechols and aromatic hydrocarbons. The smokeless form of tobacco also contain TSNA which is generally formed during the process of curing and ageing of the tobacco leaves.

Besides tobacco, there is a strong association of alcohol with head and neck cancer. Consumption of more 50gm/day in males and more than 10-20gm/day in females increases the risk of this cancer by 5-6fold.  The mechanism of action of alcohol in causation of cancer is well studied. It is known to produce mucosal injury, acts as a solvent for other potential carcinogen. Causes inhibition of the DNA repair, produces free radicals which are damaging to the human system and also reduces the immunity .

Areca nut (supari), sold in the form of Pan masala, and also used popularly as betel quid is also a potential carcinogen. Introduced into Asian medicine for the treatment of headache and Rheumatism , supari has been used as a digestant , as a breath freshner and an astringent . The alkaloid arecoline which is produced is highly cytotoxic and genotoxic , thereby increasing the risk of oral cancer by 6fold.

Certain viruses HPV, HIV, EBV, and Herpes Virus have been known to cause various types of malignancies. Nasopharyngeal , Tonsillar carcinomas ,  Kaposi’s Sarcoma , Lymphoma , Burkitt’s Lymphoma are some of the cancers caused by these viruses.

Dietary factors : Rise in the use of  high salt preserved food , grilled and barbecued meat have been attributed to the causation of head and neck cancer. Diet low in carotenoids , folic acid , vitamins and dietary fibres are other causes.

Excessive exposure to Ultraviolet rays and to various ionising radiation have been known to cause skin cancer, Melanomas, Leukemia , Lymphoma , Thyroid carcinoma and Salivary gland carcinoma . Though it’s ideal to have a good sun exposure between 8-10 am , but later hours of exposure have stronger penetrating beams which cause DNA damage and production of the reactive oxygen species.

Certain occupational hazards have been implicated in the causation of sino-nasal carcinoma. Exposure of workers in the leather tanning , wood or rubber industry , metal or paint industry have shown increased incidence of  cancers of the upper respiratory system . The medical radiology technicians  Radium dial luminisers , underground hard rock miners , Chernobyl clean – up workers , nuclear industry exposures all are at an increased risk of developing Head and Neck Cancer .

Signs and Symptoms : Non-healing ulcers, abnormal growth , progressively reduced mouth opening , abnormal loosening of the dentition, lump in the neck should indicate for a detailed check – up .  Hoarseness for more than 3weeks, difficulty swallowing /  painful swallowing lasting for more than 6weeks should warn the patient. Abnormal bleeding from the nose , persisting  nasal obstruction , persisting sinusitis are also warning signals .

Most of the Head and Neck Cancers are best treated surgically. Early stage diseases are treated majorly with a single modality i.e. either through surgery or radiation. While advanced cases are treated through combined modality, surgery, radiation with or without the combination with chemotherapy. Despite all treatment efforts, survival of  cancer patients is never 100% . Though Lasers for laryngeal lesions and Robotic surgery for the inaccessible areas of the head and neck area have become handy, the survival figures have not improved over the past 30years in spite of the technological advancements. Early stage diseases tend to have a 5-year survival to the tune of 80-90% while advanced cases have a survival figure of 40-50%. Advanced stage cancers also throw the challenge of recurring. When they do recur, disease apparently is more aggressive, more infilterative and has less chances of cure giving only a 30-60% survival.

Since Head and Neck cancers are highly preventable, the need for general awareness is extremely important. Health education pertaining to the hazardous effects of tobacco , alcohol and the various other causative factors should be highlighted for primary prevention. While secondary prevention with early detection through various screening programs and visual inspection is an useful tool. But the least expensive way to wage a war against cancer is to follow a healthy life-style, eat plant-based diet with 5 servings of fruits and vegetables per day and perform a minimum of 30 minutes of moderate to vigorous physical activity daily.