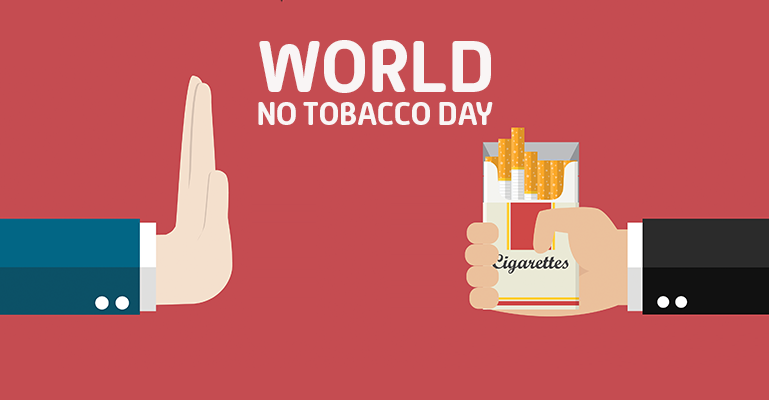 With the CORONA virus pandemic creating havoc world over, tobacco for years together has had devastating effects on the society at large .  Tobacco trading was used as a driving force for colonization and also for boosting the global economy. This plant was worshipped as a holy herb in the households and was used for ceremonial purposes to ward off the evil spirits. It also found a beneficial role for treating certain medical ailments like tetanus, convulsions, skin cancer and for pain and fever. Ironically, the same holy herb has become the leading cause of death worldwide.

It is now considered as a weapon of mass destruction. It kills half of it’s users and the best of it’s consumers.  In fact every act of smoking takes 5 and a half minute of an individual’s life and this accrues to  one person dying every 6 seconds every day .

So the three D’s associated with Tobacco are:

If we look at the medical ailments caused by it , cardio- respiratory diseases increase by four-fold , stroke by two- fold. It promotes premature ageing, induces early cataract , causes increased gastritis , and gastric ulcers. Peripheral Vascular diseases leading to gangrene of the limbs, infertility in male and female and osteoporosis are some of the other ill- effects. Women who smoke during pregnancy run a 50% risk of still births , have an increased risk of miscarriages , low birth weight babies and may have children with congenital malformation. There is also a 20% greater risk of neonatal deaths .

If we look at Cancer, half the cancers in males and a quarter in females are tobacco – induced . In fact the process of curing and ageing of the tobacco leaves potentiate and magnify it’s hazardous effect. The Smokeless form contains 28 carcinogens while the smoked form have around 70 potential carcinogen. So people who are heavy smokers are almost at a four time risk of death from Cancer than the non-smokers. The two most common cancer : lung and the head and neck are induced by the tobacco products in 85-90% of the cases. Oesophageal , breast , stomach , pancreatic , colon , kidney , genito-urinary , cervical and ovarian cancers are greatly influenced by tobacco. Early age of initiation , greater duration of smoking and the amount smoked have been all contributory to getting the affected age group to younger levels. It is said that even one cigarette can prime the child’s brain for nicotine addiction.

In fact 40% of adolescents who started to smoke a cigarette a day resorted to daily smoking.
So It is essential to educate every child and youth regarding the addictive nature and the ill-effects of tobacco . Many get influenced through their friend circle, through the glamorous advertisements. Some think, it to be a social status symbol. Many take to it as a stress reliever not realizing it’s future repercussions.

But it’s the need of the hour to make people understand that life is precious. By quitting tobacco one not only adds years to life but also life to years. So friends, enjoy being the most precious creation of the almighty. Count on his blessings and do not give yourself to vices. At the end of the day positive thoughts and simple living is the key to happiness .